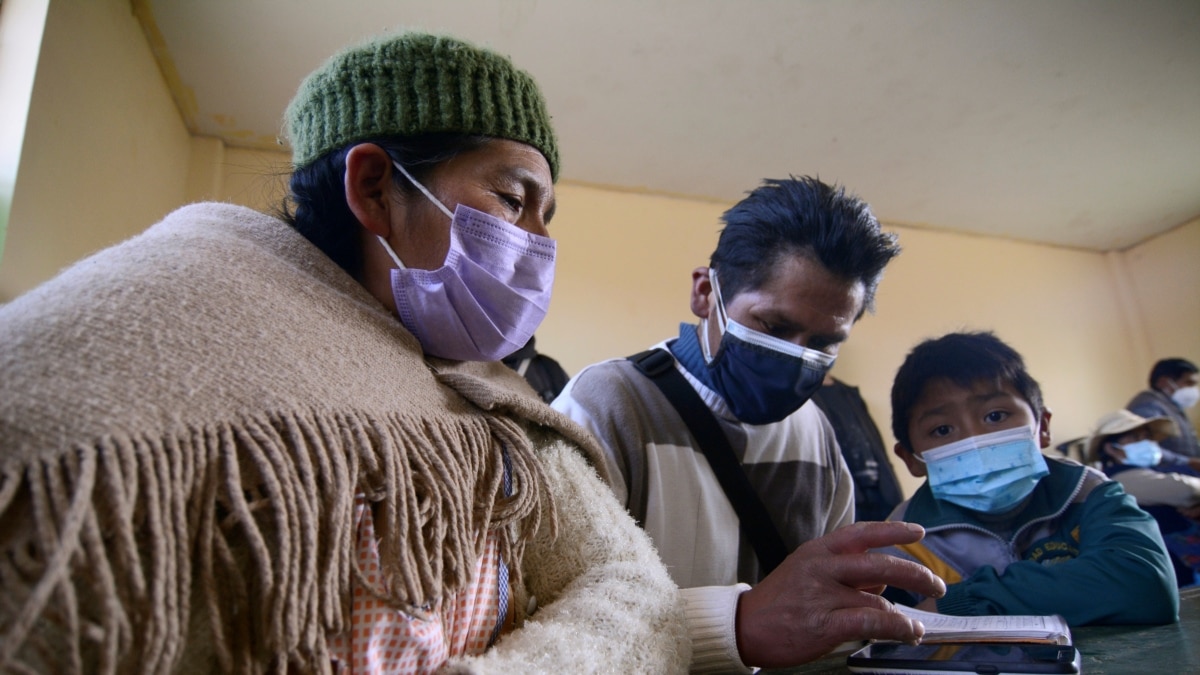 When the COVID-19 pandemic closed their sons’ school, Bolivian parents Angela Poma and Lorenzo Gutierrez made some big changes. They wanted to give their boys Willy, who is 9, and Carlos, who is 11, the ability to take online classes.

The move to online schooling required the family to buy mobile phones, for example. They also moved from a rural area to the city of Viacha, where they could find better internet service. Viacha is just 22 kilometers southwest of the capital city of La Paz.

The two parents make a living as street vendors, meaning they sell goods and products on the street. They do not earn much money and are spending up to $2 each day for internet service.

Poma and Gutierrez also did not know how to use their new devices.

“I couldn’t even turn it on,” said Poma about the mobile phone. In the past, she had had a phone “only for calls and that’s it.”

The family was not alone in their need to learn how technology is used in their children’s classes. So a group called the Internet Foundation Bolivia has been putting together classes for parents on how to operate their mobile phones. The foundation is also showing parents how to pay less for internet so they can save money as their children study online.

Not all moms, dads or teachers know of the digital tools that exist for online learning, said Esther Mamani. She is a volunteer with the foundation.

Only around four in 10 people in the Andes Mountain country have internet. The number falls to just three percent in the more rural areas. That information comes from Bolivia’s national telecommunications company.

After she completed her studies, Poma went to the front of the class to receive her certificate. Her classmates put their hands together loudly for her. And later, everyone smiled and held up their certificates for a group picture.

Now, Angela Poma and Lorenzo Gutierrez deal with the same issues of sharing and technology time limits as other parents.

Like other parents worldwide struggling through online classes with their children, Poma wonders how effective online schooling is. “I wish the face-to-face classes would start soon,” she said. “My children don’t learn a lot with this virtual education system.”

Reuters news agency reported this story. Alice Bryant adapted it for Learning English. Hai Do was the editor.

certificate – n. a document that is official proof that you have finished school or a course of training

battery – n. a device that is placed inside a machine (such as a phone, clock or car) to supply it with electricity

After a Year Learning from Home, Many Children Go to Summer School