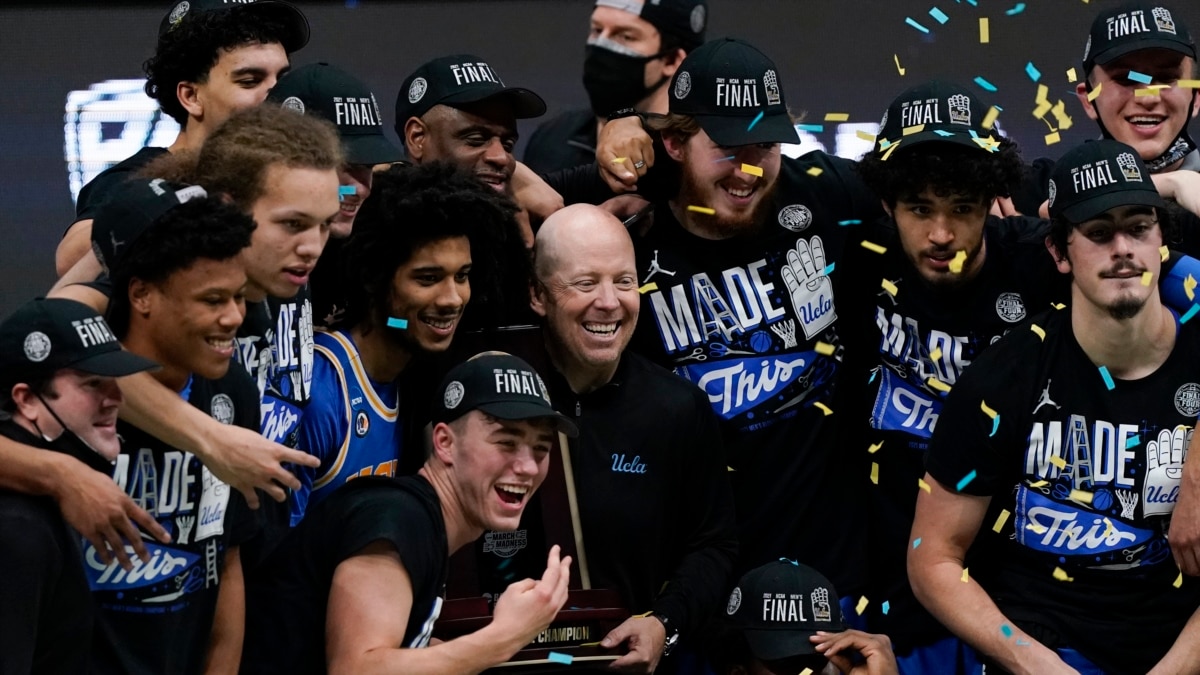 The American college basketball tournaments known as “March Madness” look a little different than they used to. There are very few fans watching the games in person. The players stay in safe areas called “bubbles” in the states of Texas and Indiana.

But at least the games are happening. Last year, the tournaments were just about to start when the United States closed all public events to stop the spread of COVID-19.

The college tournaments include over 60 teams made up of college students. There is a tournament for men and a tournament for women. In U.S. cities with large colleges and universities, people would go out to eat, drink and watch the games on television.

When the tournaments were canceled last year, students were also sent home. Some students have yet to return to campus. Others came back to a very different college life in autumn. They needed to stay apart from each other. They took classes by video call. They could not spend time with friends or eat in large dining rooms. Colleges, like the rest of the country, were trying to stop the spread of the virus that causes COVID-19.

Group activities are a big part of the college experience. And students whose universities had good basketball teams in 2020 lost out on one of those experiences: cheering for their schoolmates in the tournaments.

Shane Hoffmann saw this at the University of Oregon. He is a sports writer for The Daily Emerald, the student newspaper. He said last year, the Oregon women’s basketball team might have won the tournament. Three Oregon players were among the first eight players chosen by the professional teams of the WNBA, including Sabrina Ionescu, the first pick. Hoffmann called it “a huge bummer” to see the college basketball tournaments canceled.

“It did seem very, very gloomy. I think people realized that was the last time they were able to see that phenomenal, phenomenal Oregon team, which is probably going to go down as one of the best ever.”

This spring, things are a little less gloomy for Max Witty, a student at Syracuse University in central New York. Witty said watching the games on television was a fun activity for students and others.

“It gives us a sense of maybe we are getting back to normal, maybe one day we can have that big game, maybe one day we’ll be able to sit and watch it with a huge crowd in The Dome, who knows?”

“The Dome” is the large building at Syracuse where 30,000 fans can watch the games and cheer for the team. Watching games there was one of the reasons Witty chose to go to Syracuse.

Syracuse recently lost to the University of Houston to end its season. But for a couple of weeks, Witty said being able to watch the games with a small group of friends was a “pick-me-up” after a difficult year.

Thomas Kollie is in his second year at the University of Alabama. The school, in the city of Tuscaloosa, is known for its winning football team and the 100,000 fans at the games. Kollie said he missed attending football games last year. With COVID-19 restrictions, very few were permitted at the games and he could not get in.

This year, both the men’s and women’s basketball teams were in the college tournaments before losing in late March. Life in Tuscaloosa has also been different compared to 2020. Streets in the city have been filled with fans watching games as the state removed gathering limits.

In his fraternity house, Kollie has been watching sports events with as many as 25 friends.

“Now, like, actually being able to gather and watch the basketball games without fear of how many rules we’re breaking, that’s really cool. Because you’re not sitting in constant fear about the cops coming and kicking everyone out in the middle of a game, or something like that.”

Hoffmann went to Indianapolis, Indiana to write about the Oregon games. He said seeing the whole sports world shut down last year was “depressing.” But now, he is excited to see fans from all over the U.S. coming to see the games.

He said seeing families out in the city, wearing the colors of their favorite teams, made it seem like the U.S. is taking “a step in the right direction to … normalcy again.”

The final games of the college basketball tournaments are played on April 4 and 5.

Would you like to see a college basketball game in person? Tell us in the Comments Section and visit our Facebook page.

tournament –n. a sports competition or series of contests that involves many players or teams and that usually continues for at least several days

bubble –n. a group created during the pandemic that prevents new people from entering

schoolmate–n. someone who goes to or went to the same school as you

pick–n. someone or something that is chosen

bummer –n. something that is unpleasant or disappointing

phenomenal –adj. very good or great : unusual in a way that is very impressive

sense –n. a particular feeling : an emotion that you are aware of

fraternity –n. an organization of male students at a U.S. college

cool–adj. often used to show approval in a general way

How Will Colleges Evaluate Students during Pandemic?