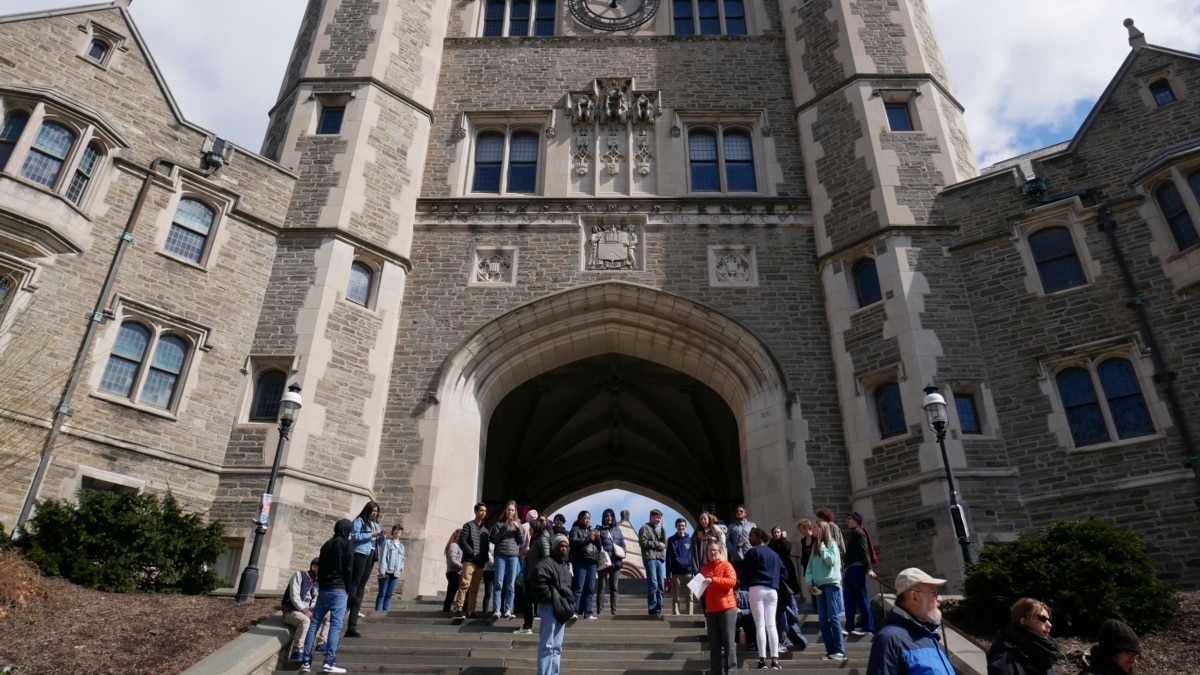 About 200 college educators in the United States have formed a non-profit organization called the Academic Freedom Alliance (AFA). On its website, the group says it aims to help college educators “speak, instruct, and publish without fear of sanction or punishment.”

The non-profit organization began out of discussions among some professors at Princeton University in the state of New Jersey. They wanted to find ways to fight against what they see as growing intolerance of differing opinions.

The AFA plans to support those they believe have been unjustly attacked and provide money for legal support if needed. Members who are professors with tenure will pay a yearly amount of $50, while others will pay $35. The alliance is also seeking donations.

Keith E. Whittington of Princeton University is head of the alliance’s academic committee. He said the group is looking for a way to advance a national discussion about free expression issues.

He said the group wants to keep alive an idea called “academic freedom,” which was put forward by professors about 100 years ago. It has three points. The first is the freedom to teach without outside interference. The second is the ability to do research and write on academic issues without university leaders preventing the public from seeing the work. The third is the ability to speak in public about ideas of the day without interference from university leaders.

Whittington said, “We still see all those things threatened” at American colleges.

“We still see faculty threatened for all those things now,” he said.

Whittington and the founders created the organization to offer some support to those professors. Some, he said, joined the group for that reason.

Whittington said a number of professors who joined the AFA were nervous, at first, about joining. Some, he said, were worried that their supporters would be concerned if they joined a group that had members who expressed opposing political opinions.

But Whittington described the AFA as “a genuinely cross-ideological group.”

“And it was somewhat difficult to persuade people that they ought to be out in front and standing up for these principles even though sometimes that would mean defending speech that they found pretty unpleasant and very wrongheaded and despite the fact that sometimes that would lead them to be personally criticized.”

Some members have been involved in free speech disputes. For example, some students criticized Northwestern University professor Laura Kipnis for a document she wrote in 2015. In the writing, Kipnis disputed the school’s ban on teachers and students dating each other.

Another, Harvard professor and language researcher Steven Pinker, was criticized in 2011 by members of the Linguistic Society of America for supposed insensitivity to racism and sexism.

Whittington said the alliance would center “on free speech and academic freedom issues.” He named two recent examples of why he says the alliance is needed.

He described a few Chinese terms that some students believed sounded like an English-language racial insult. Patton was suspended, and only returned after a school investigation found that “the use of the Mandarin term” had an actual purpose.

Also last summer, Auburn University professor Jesse Goldberg faced calls for his dismissal after writing a message on Twitter. The message included, “The police do not protect people. They protect capital. They are instruments of violence on behalf of capital.” Auburn University denounced the message and reassigned Goldberg from the classroom to a research position.

Whittington said the AFA seeks to fight against efforts “to suppress and sanction professors” who hold non-traditional or unpopular opinions.

Whittington said he hoped the AFA might start off with about 50 professors who could help spread their message. But the group received strong support and gained more members than that.

The group will start by working for its members in case of controversy. But Whittington said it also wants to look out for non-members who may be involved in situations where support from the AFA might be helpful.

Hillel Italie reported on this story for the Associated Press. Jonathan Evans and Dan Friedell adapted it for Learning English. Dan Friedell added additional information from an interview with Whittington. Ashley Thompson was the editor.

academic –adj. of or relating to schools and education

sanction –n. an action that is taken or an order that is given to force someone to stop doing something

intolerance –n. not willing to allow or accept something

tenure –n. the right to keep a job (especially the job of being a professor at a college or university) for as long as you want to have it

faculty –n. the group of teachers in a school or college

ideological –adj. ideas and beliefs of a group or political party

articulate –v. to express (something, such as an idea) in words

How Should the History of Race, Slavery Be Taught in America?

How Should the History of Race, Slavery Be Taught in America?