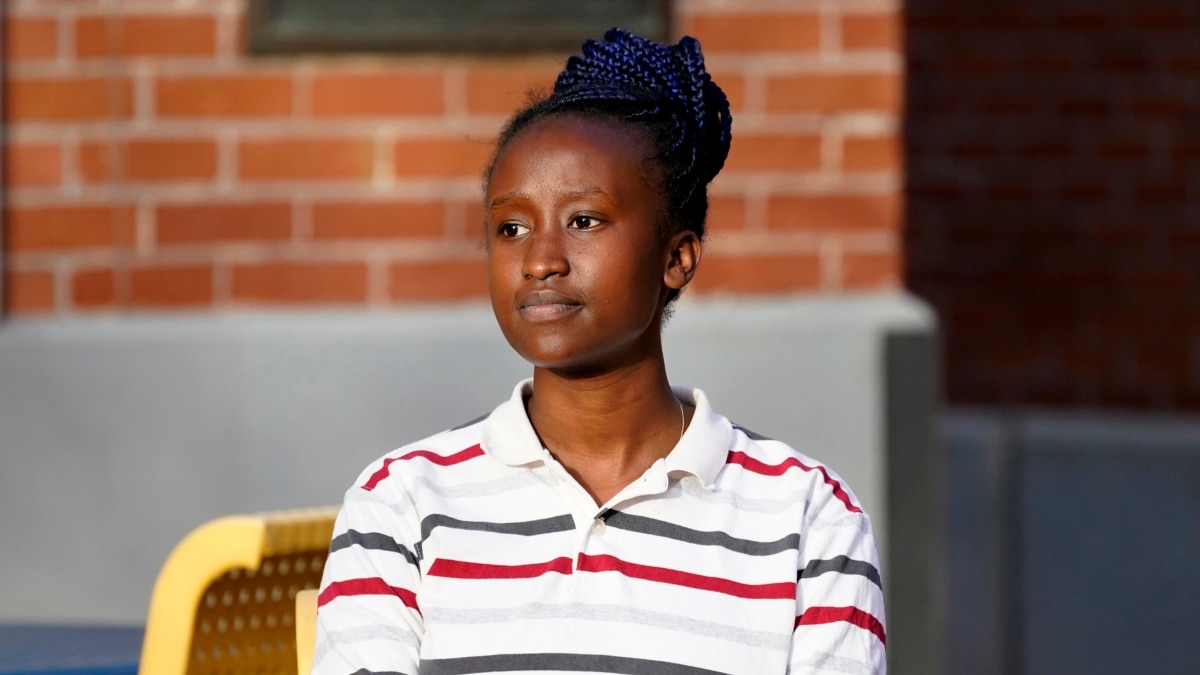 College student Peniella Irakoze recently called more than 1,000 other students who did not return to her school, Phoenix College, this term.

The 20-year-old works part-time for the community college in the southwestern U.S. state of Arizona. These days, it has become a usual part of her job to check on how those students are doing during the ongoing coronavirus pandemic.

“I didn’t know that so many people were struggling,” said Irakoze, who studies medical laboratory science. “So many students aren’t coming back,” she added.

Phoenix College is one of many community colleges in America to have seen major drops in enrollment over the last year, as students face difficulties with money, family life and online learning.

Across the country, community colleges have seen a 10 percent drop from the autumn of 2019 to autumn 2020. Those numbers come from the National Student Clearinghouse.

Community colleges have been hit harder than four-year colleges and universities.

The pandemic has had a severe effect on older adult students who choose the community college path. Many have lost jobs or have no time for their own schooling as they supervise their children’s online classes.

Martha Parham is senior vice president for the American Association of Community Colleges. She noted that the majority of older adult community college students have or had jobs in industries that have been badly hurt by the pandemic.

Often during times of nationwide economic difficulties, more Americans turn to community college education. They do so to learn new job skills or change their careers.

But that has not happened during the pandemic, education experts say.

That raises concerns for policy makers and others who consider community colleges to be an important path for low-earning Americans. At a Senate hearing last month, Miguel Cardona, President Joe Biden’s pick for education secretary, called for federal financial support to help hurting community colleges.

Even in good economic times, many community college students struggle to stay in school as they deal with the demands of supporting families, paying for housing and covering the costs of school.

The added difficulties of the pandemic have been too much for many students, said Ralph Thompson. He is the temporary dean of students at Phoenix College. Thompson gave Irakoze the task of calling other students to see how they are dealing with the crisis.

“The students need to hear that someone understands what they are going through,” Thompson said.

Across the U.S., community colleges have reported rising demand from students who need help getting food.

“If I didn’t have that, I don’t know if I could have been able to make it,” said Torres, who is 29. “It has been really hard. A lot of nights I’m not sleeping. Some days I would have to send my kids to my parents so I could work all day on catching up.”

MassBay suffered a 10 percent drop in enrollment. School officials there have been giving increasing financial aid for students. Torres said donors set up by the college brought her family a Thanksgiving meal and Christmas presents for her daughters.

“They got my daughters each a gift,” Torres said. “I wasn’t even going to celebrate the holidays this year because I didn’t have the money.”

Community college supporters hope the enrollment drop is temporary. Some experts predict many students will return to classes when schools reopen and jobs return.

But at least some students are expected to decide against higher education. Experts say that choice could lead to a lifetime of lower earnings and financial struggles.

“We are worried about losing some of them permanently,” said David Podell, president of MassBay. “They may follow up later, but each year that they defer their education, the less they’re going to make in a lifetime and the later the stability will come.”

The drop in enrollment also represents how the pandemic has widened educational racial inequalities.

The National Student Clearinghouse reports that enrollment drops at community colleges were largest among Black students and Native Americans.

About 60 percent of Phoenix College’s students are racial minorities, but officials said it is too early to know whether minorities experienced greater decreases.

Angelica Larraga is a student at Phoenix College. She said the pandemic forced her to give up working as a traveling hair stylist because she could not visit people’s homes.

Larraga is 35 years old. She has two young sons. She said the last year has been extremely difficult, and her children have struggled with online learning.

Financial assistance from the school has helped Larraga pay for her schooling and books. But the family’s economic difficulties meant they needed additional help from local food donation programs.

The Associated Press reported this story. Ashley Thompson adapted it for VOA Learning English. Susan Shand was the editor.

Quiz – Enrollment at US Community Colleges Drops Sharply During Pandemic

degree – n. an official document and title that is given to someone who has successfully completed a series of classes at a college or university

enrollment – n. the act of entering someone as a member of or participant in something

application – n. a formal and usually written request for something (such as a job, admission to a school, a loan, etc.)

defer – v. to choose to do (something) at a later time

stability – n. the quality or state of something that is not easily changed or likely to change

How to always win at kahoot!