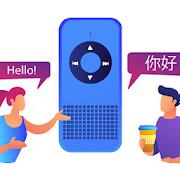 Charles Dickens was an outstanding storyteller who created some of the most incredible and beloved characters of Victorian-age Britain. Who hasn’t felt sympathy for the young orphan Oliver Twist, feared the mean, old Ebenezer Scrooge, or been surprised by the eccentric behavior of Miss Havisham?

Born February 7th, 1812, Charles Dickens had to leave school aged 12 and start working in a factory to support his family. His own experiences – and those of the people around him – inspired him to write stories of poverty and children in difficult situations. He wanted his readers to know about the problems the working classes faced and often tried to improve the social conditions of the poor.

To celebrate Charles Dickens’ birthday, here are three ideas to bring some of his most famous characters to life.

A Christmas Carol follows the story of an old man, Ebenezer Scrooge, as he learns about the spirit of Christmas. The story starts on Christmas Eve when Scrooge is visited by a ghost. It is his business partner, Marley, who had died seven years before. Marley tells Scrooge that he must become a better person.

During the night, three more ghosts visit Scrooge. The first—the Ghost of Christmas Past—takes Scrooge back to his childhood and reminds him of life when he was happy. They then travel to the night when Marley died and Scrooge hears Belle Marley talking about what a nasty man her husband had been.

The second spirit, the Ghost of Christmas Present, takes Scrooge to the house of Bob Cratchit, who works for Scrooge. The family are very poor and Bob’s son, Tiny Tim, is seriously ill. But Scrooge sees how happy they are, despite their problems.

Finally, the Ghost of Christmas Yet to Come shows Scrooge that nobody would care if he died. Scrooge visits his own grave in the cemetery and sees that nobody looks after it or leaves him flowers.

The visits from the ghosts make Scrooge realize what a selfish person he is. When he wakes up on Christmas Day he’s enthusiastic to change his ways. He visits his family, donates money to charity and sends a turkey to Bob Cratchit so he and his family can enjoy a feast on Christmas Day.

Find this Level 2 Reader, A Christmas Carol, on our website with further teaching resources and sample audio.

The moral of the story in A Christmas Carol is that we should be kind to others and generous with what we have. After reading the story, have students work in groups to brainstorm things they can do to be kind to other people. Write all their ideas on the board, then have students create and decorate a kindness calendar for the next month. Here’s an example with three days:

Students can then complete a daily act of kindness and in subsequent lessons, you can refer back to their calendars to find out what they’ve done.

As a young orphan in a workhouse, poor Oliver works long hours and gets very little in return. One day, he asks for a second portion of food with the famous line, “Please Sir, I want some more.”

Because of this, he’s sent away from the workhouse to live with a family. Unfortunately, some members of the family treat him badly and so he decides to run away to London.

There, he meets the Artful Dodger, a young pickpocket who introduces him to Fagin. Fagin has a group of pickpockets who work in the streets of London. Oliver innocently believes they make wallets and handkerchiefs.

In a series of incredible events, Oliver is accused of being a thief and ends up living with wealthy Mr Brownlow. However, he’s then kidnapped and taken back to Fagin. Later, he gets shot in the arm in a robbery and finally learns the truth about his parents.

Find this Level 6 Reader, Oliver Twist, on our website with further teaching resources and sample audio.

To bring the story to life and help students with their comprehension, have them write diary entries as Oliver at various points in the text. Paraphrasing is an important skill for learners. They can also look at changing the register from the more formal language of Dickens’ novel to a colloquial style for the diary. Here’s an example diary entry following the event in the workhouse when Oliver asks for more food.

There are lots of moments throughout the story which provide opportunities to write about Oliver’s life. E.g. his experience living with the Sowerberries, his first impressions when he meets the Artful Dodger and Fagin, and many more. Giving students a specific notebook to write each diary entry in will make the task feel more meaningful and they’ll have a personal reflection of the story in one place at the end.

The diary-writing activity can also be done with other novels by Dickens. Students can write about David Copperfield’s experiences while reading this Level 3 Reader. For a slightly higher level, Nicholas Nickleby is available as a Level 4 Reader.

The novel follows the life of Pip, a young orphan. From the age of nine, he spends time visiting an old spinster called Miss Havisham. She has an adopted daughter, Estella, who the young Pip falls in love with. Unfortunately, she isn’t interested in him. Until he is old enough to learn a trade, Pip visits the house regularly, but is constantly rejected by Estella.

Some years later, Pip receives some money and goes to live in London. He thinks Miss Havisham donated the money, but soon finds out it came from another source. He investigates, finding out more about his mysterious benefactor and Miss Havisham and Estella’s past.

Find this Level 6 Reader, Great Expectations, on our website with further teaching resources and sample audio.

Activity 3: Dubbing a scene from the movie

After reading the novel, show the students a clip from a movie adaptation of the story, such as this version from 2012.

This activity works best with a short scene, around a minute. Two or three characters who share the scene equally works best.

1. Students watch the clip once and identify which characters appear and where in the story the scene comes from. E.g. in the clip above, Pip has come to confront Estella about her relationship with Drummle.

Then, divide the students into pairs or groups of three, depending on the number of speaking characters in the scene. Within their groups, students decide which character from the movie they would like to play and do a dictation of the script. This will require them to watch the scene a few times. When doing the dictation activity, students can work in groups of the same character – for example, all the Pips together. In this way, they can help each other to write the lines of their character.

Finally, have students practice reading the script and move around the classroom to help with any pronunciation issues.

2. When students are familiar with the words, have them watch the video again and focus on the emotion of the characters. Which words do they particularly emphasize? When do they speak more loudly or quietly? Have students make notes about these different aspects on their scripts and practice the scene in their groups again.

3. Now, it’s time to read the script alongside the movie – be careful as it may be a little noisy! Play the scene and have all the students read along at the same time as their character. This will encourage them to focus on connected speech and stressing key words in each line.

Do this a couple of times for students to become familiar with the speed at which their character speaks.

4. When students can comfortably read their part of the video, have them do the same task without playing the sound. Divide the class into groups with two sets of characters in each. Whilst one set reads the script as the video is playing, the other pair watch and give them feedback on how well they match up to the actors’ lips moving. If possible, students can do this activity whilst playing the clip on their own mobile devices so they can pause it and give feedback as necessary.

5. The final stage is for the students to record themselves reading the script and then play their audio alongside the movie clip. Then have a vote on which group has the best lip-syncing skills, who sounds the most emotionally authentic, who puts on the best British accent, and other categories you think will be fun.

Charles Dickens’ novels have been made into movies a number of times, so you can do the same activity after working with any of the Readers in our collection. Here are some links to other movie adaptations for you to work with:

What’s your favorite Dickens story to share in the classroom?