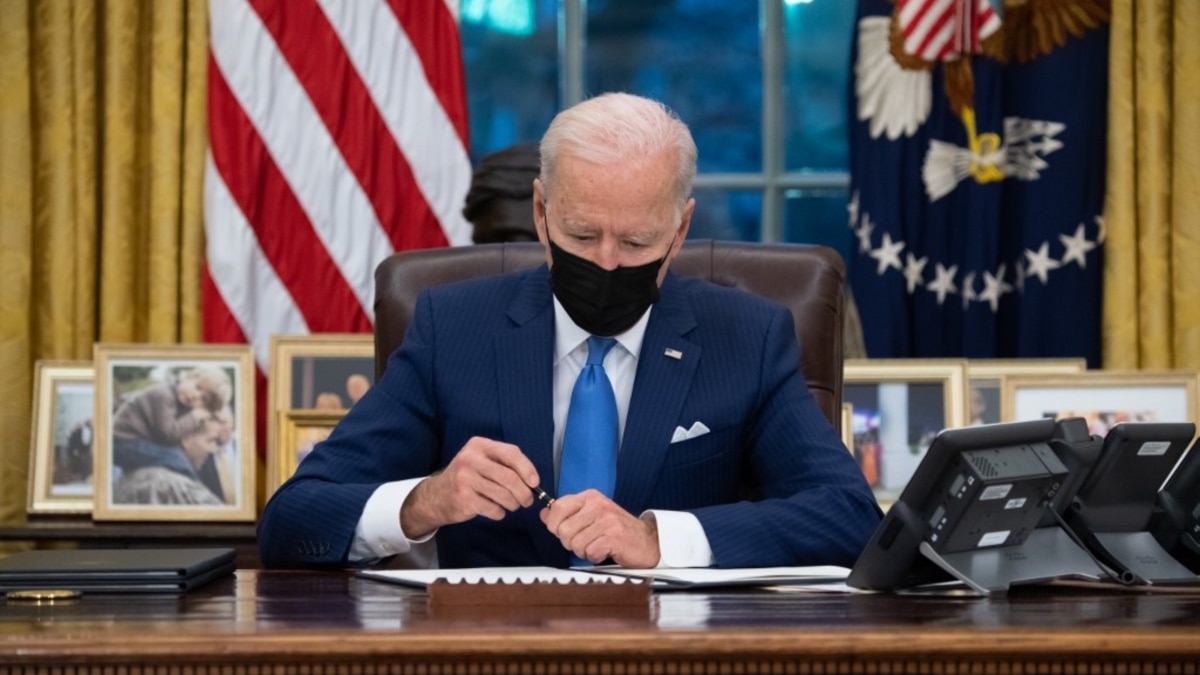 On his first day in office, President Joe Biden said he was sending a bill to Congress called The U.S. Citizenship Act of 2021.

The aim of the bill is to provide ways to give more immigrants the chance to gain citizenship. The bill also proposes to make it “easier for graduates of U.S. universities with advanced STEM degrees to stay in the United States.”

STEM is a term that describes the fields of science, technology, engineering and mathematics.

The bill was introduced in the U.S House of Representatives on February 18 and will have to be debated in the House and the Senate. However, many of the ideas in the bill are in line with what many university officials want to see.

Stephen Teitsworth is a professor and the director of graduate studies for the physics department at Duke University in North Carolina.

Teitsworth said Duke has about 80 graduate students in physics this year. He said his department has not seen less interest in its program over the last few years. He thinks this is because Duke is a private university and does not receive a “significant amount of state funding” for its programs.

But, he said, his students are worried that they will not be able to stay in the U.S. once they graduate. They currently live in the U.S. with student visas. Teitsworth thinks it is important for the U.S. government to make clear, consistent policy decisions related to foreign students being able to work in the country.

“The big issue is just greater clarity, consistency, and consistency from year-to-year, not you know, having policies change on a dime. I think consistency and predictability are really going to be critical so that our students can focus on doing great research.”

Many foreign graduate students, who were accepted to U.S. universities for the 2020-2021 academic year, chose not to come. That was because of the coronavirus health crisis. However, the number of foreign graduate students had already been decreasing. Some experts who follow higher education say doctoral programs in other countries, like Great Britain and Australia, are getting more competitive with American ones.

Earlier this year, the American Council on Education (ACE) wrote a guide for how American universities should think about foreign students. It offered ideas to deal with what it described as falling numbers of international students starting in 2015.

The situation for foreign students in the U.S continues to be difficult. VOA spoke to Jack Li, a student from China. Jack Li is not his real name because he wanted his identity protected.

Li recently received a science Ph.D. from a university in the southeastern U.S. He said research opportunities in the U.S. remain strong.

VOA: “Was the opportunity better for you and your education to come to the U.S.?”

Jack Li: “Yes, I think yes. I think for doing a Ph.D., the U.S. still has a better research environment and more research opportunities. I would still say that the U.S. is a better choice for me for receiving a Ph.D. education, yeah.”

Although he had a good experience in the U.S. and graduated, he is going to do additional study in Germany. He said he is leaving for two reasons: to continue a personal relationship and because of “the political environment in the U.S.”

Li said he thinks some Americans recently became less willing to accept Asian people because of both economic and social tension with China. He gave as an example former President Donald Trump calling the coronavirus the “China virus.” However, he still advises students to come to the U.S. if they can.

“I think U.S. is still the center of the science and technology developments. So it’s just easier to get to know the new research developments in the U.S. and also to network with good people.”

He said, even if he spends some time in Germany, he will be able to come back to the U.S. if he gets a good research position and foreign worker rules change.

Li said he hopes “it’s going to be like the Obama administration, the U.S. – China tensions are going to relax a little bit. I guess it should be easier to come back to the U.S. with the new administration.”

Teitsworth, the Duke professor, said if new foreign worker rules are put into place, it would be good news for higher education in the U.S. He added that it would also be good news for students who are worried about coming to the U.S. to study.

“So, I think it’s very significant, obviously. Certainly for the, for the many students who will choose to stay in the U.S. and have great careers here, but even for those who go elsewhere, it shows that the welcome mat is out and a spirit of collaboration, so I think it’s really a win-win situation from that point of view.”

Even if the universities do not get exactly what they want, the legislation seems to support their goals. During his presidential campaign, Biden himself said that he did not want to prevent some skilled young people from staying in the U.S. if they can provide something good for the world economy.

Would you still consider coming to study in the U.S. if you were not offered residency after graduation? We want to hear from you. Write to us in the Comments Section and visit our Facebook page.

Quiz – Proposed Law Could Make It Easier for Foreign STEM Students to Stay, Work in US

funding –n. an amount of money that is used for a special purpose

consistent –adj. continuing to happen or develop in the same way

clarity –n. the quality of being easily understood

on a dime –v. very quickly, without thought

focus –v. to direct your attention or effort at something specific

doctoral –adj. related to the highest degree that is given by a university; also known as a graduate degree because it is only given to student who already have a university degree

opportunity –n. an amount of time or a situation in which something can be done

obviously –adv. used to emphasize that you are talking about something that is easy to see, understand, or recognize

welcome mat –n. used to express the idea of welcoming someone in a warm and friendly way

collaboration –n. the act of working with another person or group in order to achieve or do something