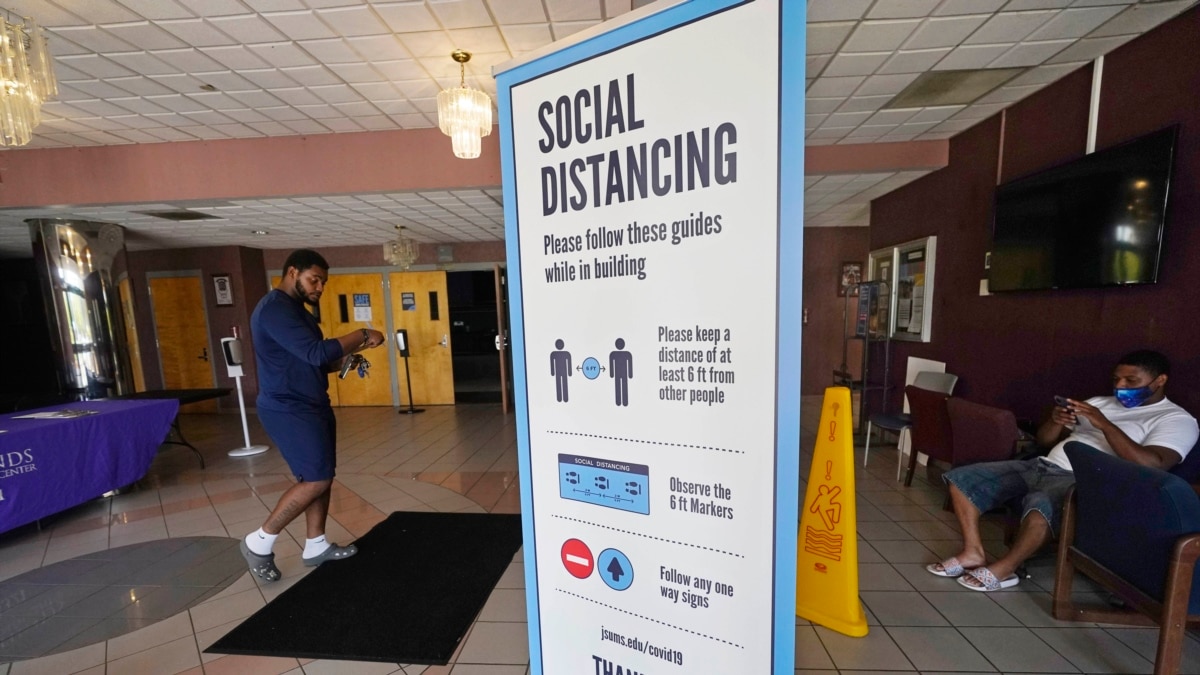 American colleges are under pressure to protect students against COVID-19 as the new school year is about to start in autumn. The decision on how far to go will depend on legal and political issues as well as the rising infection rates.

The schools noted concerns about the highly contagious Delta variant of the coronavirus as the reason. The announcements came after the U.S. Centers for Disease Control and Prevention recommended fully vaccinated Americans to wear face coverings, or masks, again in areas of rising infections.

Joseph I. Castro is head of the California State University system. He said the increase of cases from the Delta variant is something the school must consider to “maintain the health and well-being of students, employees and visitors.”

Among the 4,000 colleges across the country, the Chronicle of Higher Education reported that about 645 colleges have required vaccinations for students or employees. But they have differing requirements.

Some schools have dealt with opposition by offering awards for vaccination, like the chance to win free schooling and computers. They seek to raise student vaccination rates to 80 percent or higher.

And a few have gone against the states’ political leaders. Nova Southeastern in Florida is requiring employees to get the shots and Nebraska Wesleyan is requiring vaccinations for its 2,000 students.

Private colleges, however, have more legal space to set their own coronavirus rules. Major private universities with vaccination requirements include Harvard, Yale and Stanford. Several others are Northwestern, Duke and Notre Dame.

Dorit Rubinstein Reiss teaches vaccine law at the University of California. She said the legal question is whether colleges can require COVID-19 vaccines while they remain under federal emergency use permission.

Reiss said the courts will likely permit university leaders to take such steps to protect student health. But it could be difficult for them to go against political leaders who oppose vaccine requirements.

Legal issues across the country

Opponents have gone to federal court to fight against vaccine requirements issued by Indiana University, the University of Connecticut, and the California State system.

In the first ruling among those cases, a judge last month rejected arguments from eight students that Indiana University’s requirements violated their constitutional rights to their own bodies.

School officials said it is a “clear path forward” to removing limits on in-person classes and events. A lawyer representing the students asked, “Why are they being targeted for a vaccine that older people aren’t required to take even though their risk is enormously greater?”

Purdue University is another major university in the state of Indiana. The school does not require vaccinations. However, it is telling those without a record of vaccination that they could face weekly COVID-19 tests.

Some schools cannot require vaccines for employees because of state laws or working agreements. Universities also permit exceptions to those with religious and medical reasons. But students and employees will have to go through COVID-19 tests and wear face coverings in public areas.

Michael Huey is the temporary head of the American College Health Association. In April, the organization suggested a vaccine requirement for all students taking in-person classes.

Huey said if colleges cannot require vaccination, a record of vaccination, required testing, or other safety measures, like face coverings, “it can’t be safe.”

Rachel “Rae” Applegate is coming to Notre Dame this autumn. Applegate was vaccinated this summer. She feared a greater risk of COVID-19 exposure at school than at home in Evansville, Indiana.

“I can understand people’s concerns about not wanting to be told what to do, but to me, this (getting vaccinated) just makes sense,” Applegate said. “don’t we all want to be as safe as possible?”

Tom Davies reported this story for The Associated Press. Gregory Stachel adapted it for VOA Learning English. Hai Do was the editor.

contagious – adj. able to be passed from one person or animal to another ​

variant – n. something that is different in some way from others of the same kind​

mask – n. a covering for your face or for part of your face

maintain – v. to cause (something) to exist or continue without changing

Learn Hindi: How to pronounce "Six" in Hindi