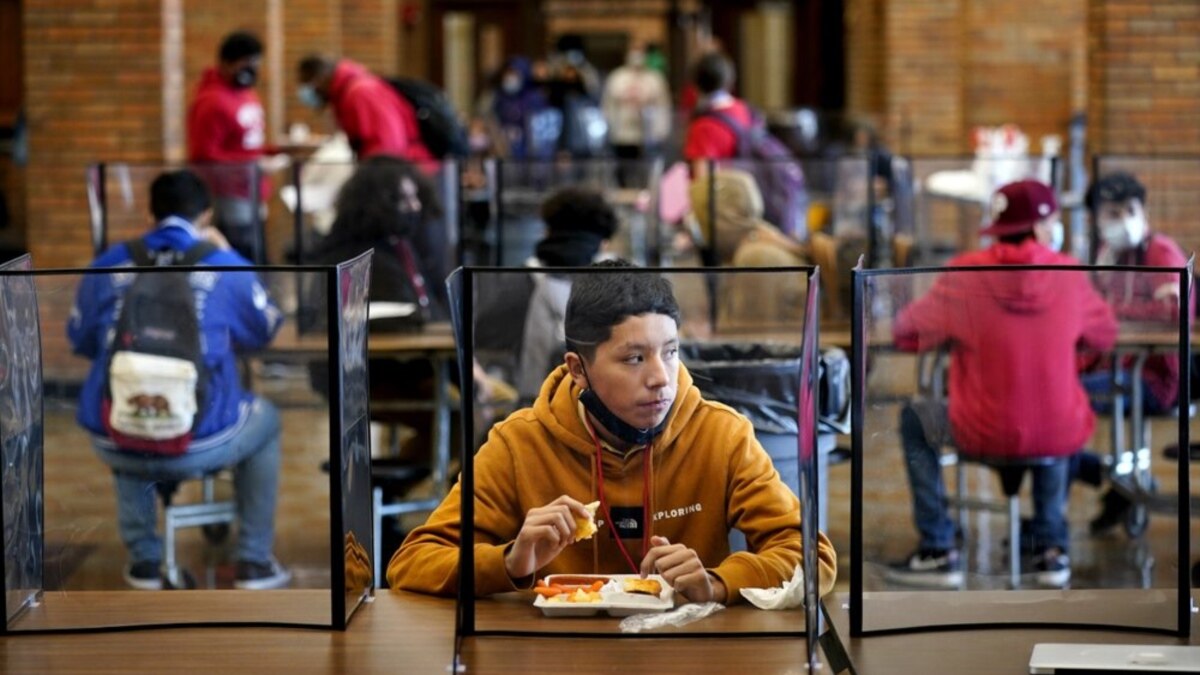 Schools across the United States now must decide how to spend federal aid money meant to help them fully open after the coronavirus pandemic. They also want to deal with problems that existed long before the coronavirus.

Congress approved about $123 billion in assistance last month. The aid legislation will offer some school districts several times the amount of federal money they receive in a single year. The aid will help schools reopen and expand summer programs to help students catch up. Some will also start programs that had been too costly, such as intensive tutoring, mental health services and curriculum improvements.

Nathan Kuder is chief financial officer of Boston Public Schools, which is expecting $275 million. He told the Associated Press that the current aid is a once-in-a-generation chance for his schools to make serious investments.

But the spending decisions carry risks. If important needs get little attention, schools could be criticized by their communities and politicians who influence their funding. They could also face criticism if the money does not bring measurable improvements. At the same time, schools must be careful not to take on costs they cannot pay for in the long-term.

Education Secretary Miguel Cardona said the aid lets schools deal with issues that have hurt the nation’s education system for a long time. He said schools can train teachers in social and emotional learning and work to end racial inequities in education.

“With successful implementation, our students are going to have a better experience than they did before the pandemic,” Cardona said.

Districts with higher rates of poverty will get the largest amounts. Public schools in some cities are expected to get more than $1 billion. They include Los Angeles and Philadelphia. The new money is in addition to more than $67 billion made available to schools through other aid legislation during the pandemic.

Schools are required to keep 20 percent for summer programs. But they expect to decide how to use most of the rest. With more than three years to spend the new money, school leaders have big plans.

Officials in Boston say the aid will be used to reopen, recover and “reimagine what is possible for our students,” Kuder said. The money will help renew aging buildings. But it could also be used to start new language programs or to improve what students learn, he said. Officials also plan to ask people in their districts what changes they want.

In Tulsa, Oklahoma, where 83 percent of students come from families living in poverty, the district expects to get $120 million. That is nearly three times the amount it gets in federal education aid in an average year. Along with building improvements, the aid will help provide summer programs and after-school care in every neighborhood, officials said.

Deborah Gist is the top official for Tulsa Public Schools. She said her district is thinking about how to “bring about lasting change.”

School officials in Hartford, Connecticut, say they have made a list of “must-win” spending areas. Leslie Torres-Rodriguez leads the school district there. She plans to expand learning outside the normal school day. She also plans to bring in new teachers and increase the activities of schools in their communities.

The district also hopes to buy new teaching materials for all subjects and grades. “It is something that we’ve never been able to do,” Torres-Rodriguez said.

Although the aid brings a lot for some districts, questions remain about future finances. Some states have cut education budgets because they have less income. Other states are likely to follow.

To keep future costs under control, many schools are avoiding big hiring increases. Instead, many will consider adding teachers under short-term agreements or hiring contractors to do social and mental health services.

In Virginia Beach, officials are considering whether to add teachers under one-year contracts. They are interested in hiring retirees or others without teaching experience. The district is also exploring whether to train current teachers in high-demand subjects. And they are thinking about whether to add mental health services through a virtual health provider.

Among schools, the top goal is to get students back in the classroom. In Detroit schools, much of the aid will be used on schools’ airing systems and to pay the costs of smaller classes and social distancing. Some of the money is expected to go toward special pay for teachers to return to the classroom.

The aid for U.S. schools is largely meant to deal with problems caused by more than one year of virtual learning. In some places, there is also a push to keep virtual schooling for some students.

At Montgomery County Public Schools in Maryland, officials are expanding summer learning. But they also plan to start a virtual school for students with health concerns and those who did well with online classes.

And in Akron, Ohio, chief financial officer Ryan Pendelton said the money offers the chance to “forever change education for the better.”

The Associated Press reported this story. Alice Bryant adapted it for Learning English. Mario Ritter, Jr. was the editor.

Quiz – With New Aid, US Schools Hope to Solve Problems

district –n. an area established by a government for official government business (such as schools)

tutoring –n. a process of one teacher working with one student

curriculum –n. the courses that are taught by a school or college

funding –n. an amount of money that is available for a specific purpose

implementation –n. the process of making something active or effective

grade –n. a level of study that is completed by a student during one year.

hiring –n. to give a job to someone in exchange for money or regular pay

virtual –adj. existing or taking place on computers or the internet