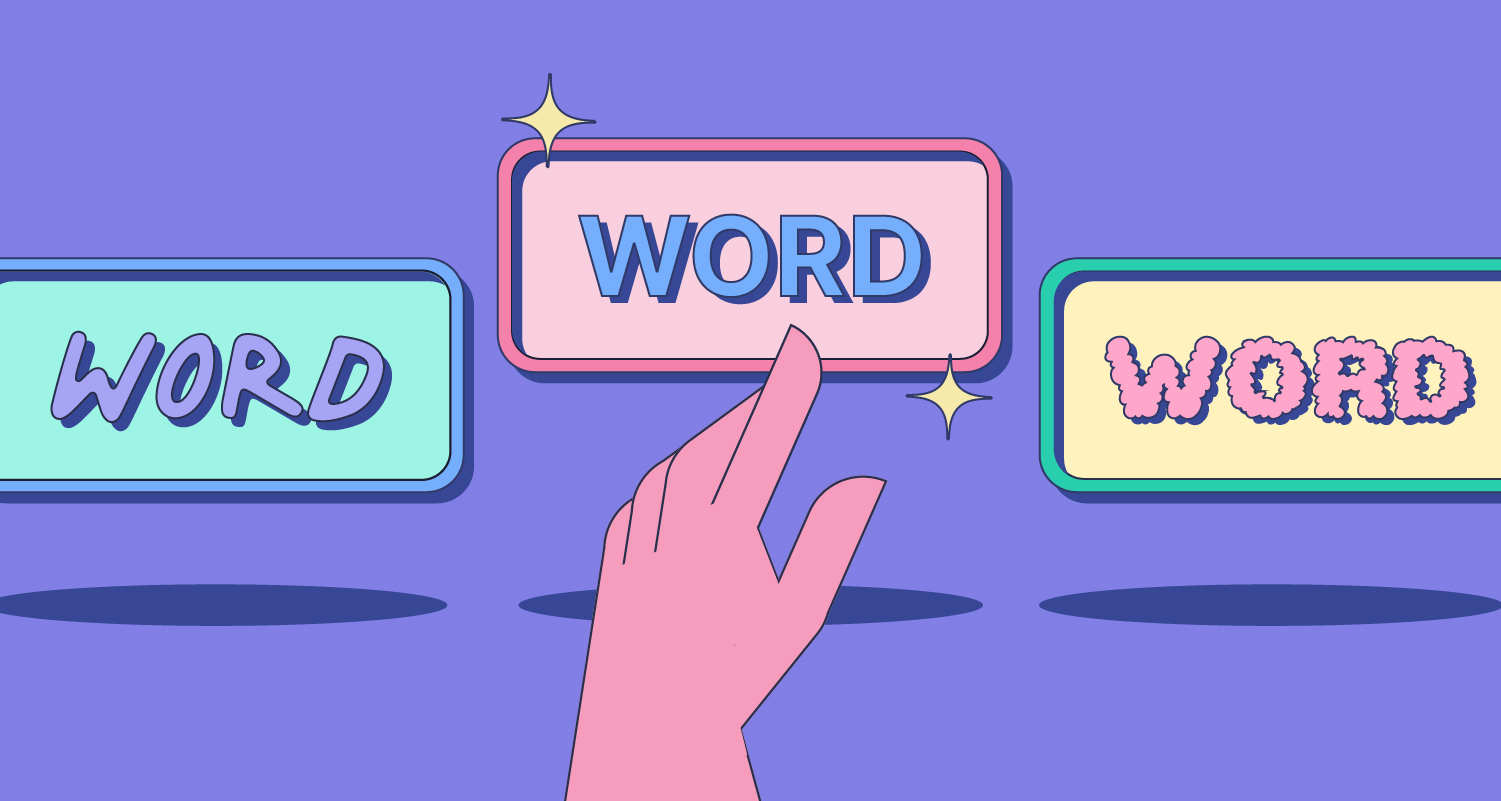 When you’re writing, picking the right word can sometimes be rigid. No, solid. Wait, no—hard.

It’s nothing to be embarrassed about; every writer struggles with word choice from time to time. There are more than 171,000 words in the English language. To make word choice even more challenging, there are words that sound the same, but communicate different ideas (like “affect” and “effect”), words that mean the exact same thing, but have different spellings in British English and American English (like “grey” and “gray”), and perhaps the most confusing: words that are almost identical and communicate similar yet distinct ideas (like “historic” and “historical”).

And then there are words that are technically interchangeable but have different connotations. For example, reminisce and remember are synonyms, but reminisce has an additional nuanced, specific meaning of fondly remembering times far in the past. So while you might say “I remember I went to the library last Thursday,” you wouldn’t necessarily say “I reminisce about going to the library last Thursday,” unless it was a particularly special experience.

So how can you know which word is the right word to use when you’re writing? And how can you get good at it—maybe even excel at it?

Read on and we’ll explain how you can make word choice your writing super power.

Problems when you choose the wrong word

Before we get into how you can up your skills in picking the right words, first let’s talk about why word choice is so vital.

When you use the wrong word to communicate your intended point, you weaken your writing. There are a few examples of how:

When you undermine your credibility, you weaken the point you’re making in your writing. It’s very easy to do this when you use the wrong word, like using “affect” when you mean “effect,” because it makes you look like you either:

To avoid this mishap, familiarize yourself with 30 of the most commonly confused words in English.

Beyond undermining your credibility, you can confuse readers when you use the wrong words in your writing. Sometimes, the wrong word completely changes its sentence’s meaning. Take a look at one example:

In the first sentence, Ryan and Nicky sing each other’s praises. In the second, they support and enhance each other’s roles.

The wrong word can also cast the wrong tone over your writing. Think about the difference between writing “It was an overcast day” and “It was a gray day.” Both words accurately describe a cloudy sky, but one does so in a factual way and the other illuminates the scene in more of a metaphorical way that paints a very different picture in the reader’s mind.

You also run the risk of being cliché when you’re not mindful about word choice. Consider reading through to catch any common clichés, such as:

Are they technically wrong? No. Do they make your writing seem uncreative and lazy? In many cases, yes.

And then there’s the issue of redundancy.

Here are a couple of examples of redundant sentences:

In the first sentence, we get all the information we need about the meeting twice. A more concise way to write this sentence would be “Every Wednesday, we have our weekly 10 a.m. meeting.”

In the second sentence, “free” is redundant because every gift is free. To get even more honed with our word choice: because you won the gift, the word “prize” is more accurate. So the sentence with better word choice here would be: “I can’t believe I won a prize!”

How do I know I chose the wrong word?

Grammarly, on the other hand, does catch weak words and provides feedback on why they’re not the ideal choices for the sentences where they’re detected.

If another person edits or proofreads your work, you might get it back with comments like “awk,” “cliché,” and “vague” next to specific words. Follow your editor’s guidance when you find the right words to swap into your piece and if you’re ever unsure of what they meant by a specific comment, just ask.

How to choose the right word

Now that we know all the perils of choosing the wrong words, let’s talk about choosing the right words for your writing.

How do you know which word is the right word? The right word is always the one that communicates your point most clearly. That means it:

The most specific word isn’t always the best word choice, though.

If all or most of your readers have to look a word up, swap it out for a more common word.

When a word is correct, but not right

Sometimes, a word that’s correct isn’t necessarily the right word to use.

They both communicate the same idea, but the second sentence uses a much stronger word to communicate that idea. Whether “dislike” or “hate” is the better word choice depends on the context surrounding the sentence. If you’ve been invited to a dinner party and the host texts beforehand to ask if you have any menu preferences, responding with “I hate tomato soup” would likely be considered rude and too harsh for that interaction. But if you’re writing a humorous post for your food blog, “I hate tomato soup” can be the perfect punchy, click-driving title.

When you know what you want to say, but you’re not quite sure of the best word to express it, the thesaurus can help you out. A dictionary can help too, but a thesaurus’s sole purpose is to provide synonyms—and antonyms, which can be just as helpful!

If you’re not sure of the best word, Grammarly can help you find the perfect word for the sentence you’re writing by suggesting synonyms.

The more words you have in your vocabulary—both your passive and active vocabularies—the better equipped you are to make strong word choices when you write.

There are lots of ways you can build up your vocabulary, like through apps like Free Rice and by reading more.

One effective way to increase your vocabulary while you’re reading is to take what many English teachers refer to as word responsibility. Whenever you come across a word you don’t know, don’t just assume its meaning and move on. Look the word up. This won’t just add a new word to your vocabulary; it will help you understand the passage you just read better.

When it comes to picking the right word, the simplest is often best.

Think about the difference between the words “utilize” and “use.” They mean the same thing, with “utilize” carrying the connotation of using a resource efficiently. Unless “utilize” makes your writing clearer, go with “use.”

If you’re in the middle of writing and you just can’t think of the right word for the sentence you’re working on, don’t let that interrupt your flow. Instead, just write “TKTK” (shorthand for “to come”) in the space where the word will go and move on. Later, when you’re rereading your work, (ideally after you’ve given it some time to cool off!) you can come back to that sentence. Your fresh eyes are more likely to help you find the perfect word.

Edit with a critical eye

When you’re editing your work, edit with a critical eye tuned to your word choice. In other words, pay close attention not just to what your words mean, but how they work together. Beyond potentially driving you to swap out weak and incorrect words for strong and correct ones, this kind of editing can also result in you eliminating redundant words.

Finally, one simple, surefire way to guarantee you pick the right word is to have Grammarly suggest the most effective words for you to use in your writing. Grammarly ensures your writing is readable, clear, and concise by not only flagging overused words and phrases, but offering suggestions for stronger, more precise language. Grammarly also helps you rewrite entire sentences—so your point always comes across as intended.

How to Improve Business Writing Skills

Editing: How to Edit Any Type of Writing

Past or Passed: Which Word Is Correct?

Learn Hindi: How to pronounce "Six" in Hindi